My house is full of equipment and none of it is mine. 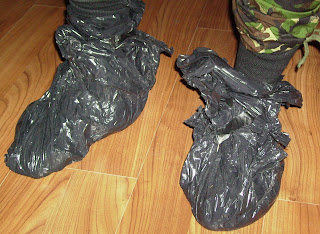 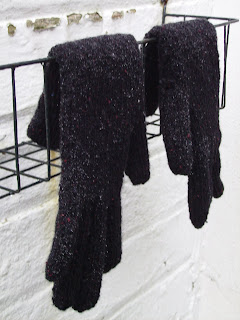 Stephen the stepson and his chum, Bryn are staying with us for the weekend in an attempt to make a college film about big cats. It is rumoured that cats such as Lynx or Puma are to be found in Fife and Angus so Archie has been driving the lads all over the place to meet with believers and sceptics. Stephen spent half his student loan on bait in the form of tuna and sardines which he placed in the middle of a wood. Not a whisker appeared but I'll bet the squirrels were confused. At that point it went all Blair Witch as it got dark and the night vision cameras came out. The most horrifying sight turned out to be Stephen picking his nose in the background( believing himself to be unseen in the dark ) while Rangercraig was talking about the geese flying over.
The best footage is likely to be of Magnus watching the telly when we were looking at the footage of Lynx and wildcats from a local wildlife park. He was transfixed. Trouble is, everytime I move I fall over microphones and cameras and tripods. And I'm the catering squad so I don't get to see the wildcats. I'm just in charge of apple crumbles and pizzas.
By the way, the plastic bag boots are essential outdoor cat finding gear if you only brought trainers!

On the woolly front, I did a very bad thing. Having finished Archie's vintage gloves I took them outside to pose for photos and promptly forgot all about them. As a result the next day when they were about so set out for a day of cat hunting, the gloves were nowhere to be found - until I spotted them in the same place as yesterday. Untouched but wetter. 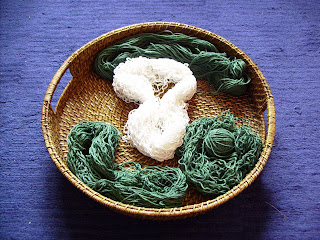 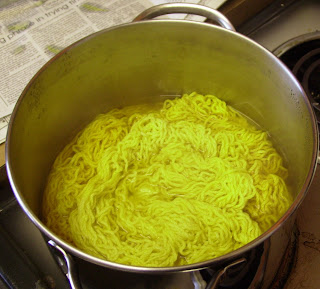 I'm teaching myself how to dye stuff. So far I've had success with a little pot of Dylon Forest Green and some turmeric, but not mixed together. That'll come later. I've read some advice online which suggests that the turmeric fades quite a lot and I'm looking forward to seeing what happens with that. I choose for my first experiment some cotton yarn that I'd ripped from a chartity shop jumper which was the great price of two quid. Not much can go wrong then. Although my very tasteful chum Sylvia voiced concern about the possibility of a yellow and green stripey jumper developing out of all of this. She doesn't know about the pale blue yet either. That's probably why she is a beautiful jewellery maker and I knit huge amounts of colourful tastelessness.