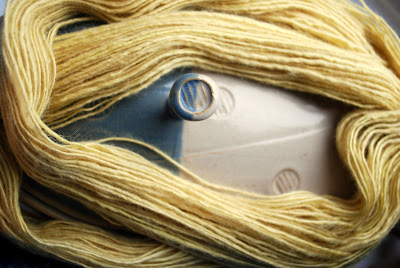 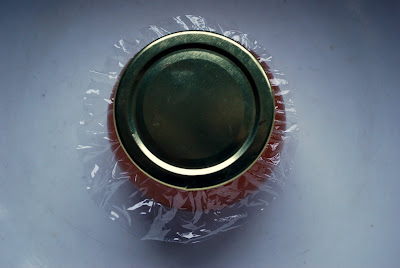 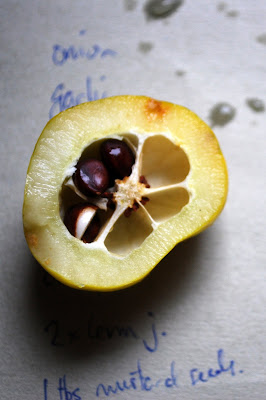 Its raining today. It rained yesterday. There's fair chance that it will rain tomorrow. The builders working on the roof across the road are wearing oilskins and every photo I take is edged with grey. A person has to try hard to find colour in this dripping world.

But I am trying. A chum brought me some of her Japanese Quinces, enough to fill one and a half tiny jars with jelly. As a time and motion exercise it fails at every turn but the smell of the kitchen and the pale orange glow of the jelly, shining like a weak winter sun made every minute count.

It was raining on Monday morning when I walked to the Doctors to get my (not swine) flu injection and as I stuffed my hands into the pockets of my coat I found two ear plugs and a crumpled gathering of paper streamers. The reason? A Sunday night adventure with The Flaming Lips. Joyous, openhearted and absolutely colourful. Have a look at the little Youtube clip for details. The sound quality is rough but the images are perfect.
Posted by magnusmog at 10:37 8 comments 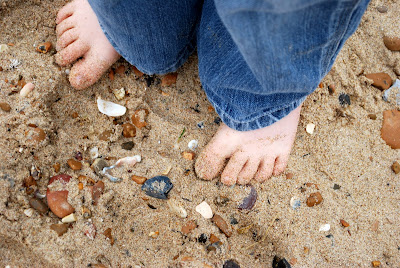 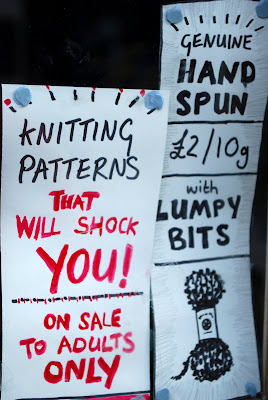 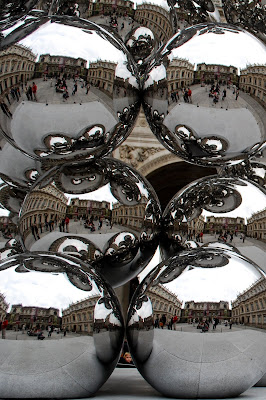 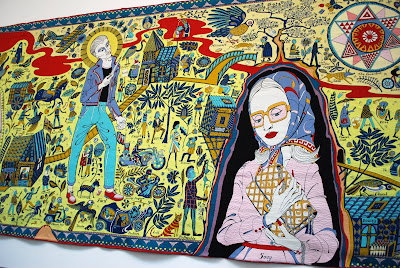 In between Soctoberfest and Mousecapades, I went on a trip.

First of all was a visit to London and the delights of Bethnal Green
( thank you very much Sammy Leigh.) I visited Grayson Perry's tapestry which was an overwhelming delight. Next to be seen were Anish Kapoor's grey worm casts and red wax cannons. It was half term and the gallery was filled with children trying to get their hands on the red goo.

The BFI film festival was on at the Southbank and I spent hours in darkened rooms watching films. The absolute highlight was nearly three hours long, black and white and silent. It was also set in Norway and filmed in 1929. If you ever get the chance to see Laila, grab it, especially if there is a real silent film pianist to help you along.

I was thrilled to find Prick Your Finger, a yarn and spinning emporium which sells all sorts of glorious things. When I visited the fibre being prepared in the shop was given the title Paris Hilton and it was as pink and sparkling as it's namesake.

Off I went to Kent for the weekend and the company of two small girls and their lovely mum. I learned all about High School Musical and the potential perils of chicken flying into beds. It was fabulous to spend time with small people whose every sentence begins with; " Imagine if....."

* embiggen the pictures of Grayon Perry's tapestry to enjoy the detailed beauty and Anish Kapoor's shiny sculpture to see the wee face peering out of the bottom layer.
Posted by magnusmog at 22:51 4 comments

Sometimes it is better if the cat loses. 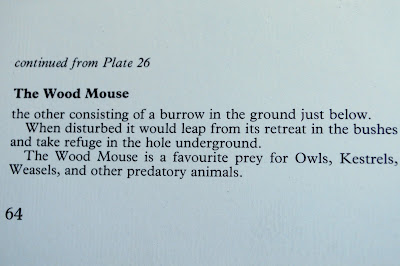 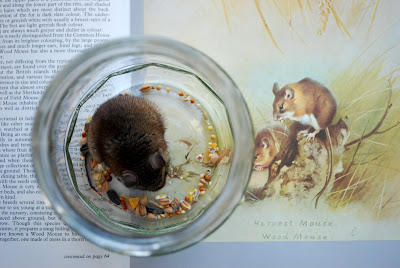 I wish I could have kept him.
Posted by magnusmog at 23:39 9 comments